Ajit joined Kleiner Perkins Caufield & Byers in 2003. His areas of investment include enterprise software and services, material science pertinent to energy, environment and life sciences. Before joining KPCB, Ajit Nazre was with SAP for 5 years. At SAP, he worked for Dr. Hasso Plattner, CEO, Chairman and cofounder, SAP. Ajit played a key role in formulating and executing SAP’s internet strategy (mySAP.com). He co-founded SAPMarkets, a fully owned company of SAP, focused on Marketplace applications and technology. 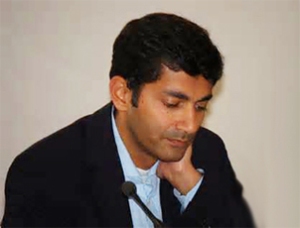 As the Managing Director of SAPMarkets Americas, Ajit grew the business to $100 million in six quarters. In 2002, he laid the foundation for SAP Inspire—SAP’s New Venture Unit. Prior to SAP, Ajit worked for six years in the medical device industry, first at Zimmer, Inc., a division of Bristol Myers and Squibb and then at Mathys AG (Synthes) in Switzerland. During this time he managed the development several new product lines and received 7 U.S. and four European patents. Ajit has an undergraduate degree in Mechanical Engineering from the College of Engineering Poona (COEP), India. He holds a M.S. in Mechanical Engineering from Michigan Tech, a Ph.D. in Biomechanics from the Technical University of Hanover, Germany, and an MBA from the Harvard Business School.